Cracks a little, oozes a little, but it’s ours - The Püspökszilágy Atomic Graveyard

Immense background radiation, high activity waste in the storages, toxic waste leakage into the ground water - such news got through to us from several sources apropos of the waste disposal facility in Püspökszilágy.

It wasn’t an easy task for us to deal with sorting out the often contradictory information, and untangling the threads. For this, beside of the site visit, we collected and processed hundreds of pages of official reports, minutes and resolutions. Some of them were publicly available, others were requested from authorities by the locals, and we also issued several freedom of information requests.

The processed information and data partly proved the aforementioned rumors, and partly didn’t. The official reports clearly confirmed that for approximately 15 years, tritium and recently also radiocarbon has been leaking to the environment from the storage facility. However, it is still not that clear how significant the problem currently is, and what exactly can be expected in the near future.

What is going on in Püspökszilágy?

One of the most useful readings for us proved to be the new test material report, requested by us, that was submitted by the company that operates the Püspökszilágy disposal site on December 31, 2018, to the Hungarian Atomic Energy Authority. The report confirmed our former clues that tritium level of the ground water of the monitoring wells onsite has been rising from the early 2000s.

However, novelty was for us that beside the level of tritium, the level of radiocarbon has also increased in the past few years. All of this indicate that radioactive materials emerge to the environment from the radioactive waste and the disposal.

Implicitly this shouldn’t be like this.  It is indispensable to store radioactive waste in a way that radioactive substances cannot leak into the ground, to the water or to the air. Namely for example if they get into the ground water and from that into the water cycle it can be dangerous for the locals who gets in contact with the contaminated water.

Luckily according to the reports higher levels of tritium and radiocarbon was only measured onsite thus far. For the present, limit exceeded outside of the disposal isn’t traceable during the samplings, for example in the nearby Szilágyi-stream or in the driking water.

This is indeed good news in the matter of the current state but the problem is that in the point of future there are many uncertainties. Namely there are contradictions between the different expert examinations and results of the models for example in how the ground water stirs onsite and in exactly how tritium spreads. On the grounds of this we presume that for the future actually no one can predict properly where and how long these radioactive materials can get in the neighborhood.

What is stored at Püspökszilágy?

The disposal was built in order to place the Hungarian generated small- and medium activity radioactive waste there. Such waste produced in the industry and of course at the Paks Nuclear Power Plant in a large measure. In 1976 they could not reckon with Paks NPP since it was built later. However between 1983 and 1996 great amount of nuclear waste was transported here from Paks. So in contrast with the original plans approximately 45 percent of the 5 thousand m3 waste originates from Paks.

“Curiosity” is that when the construction of the facility was authorized it was not stabilized what type and form of nuclear waste can be accepted, namely stored. Thus for a while they took all the waste they had been given and placed them in the form the waste was shipped. For example like this: 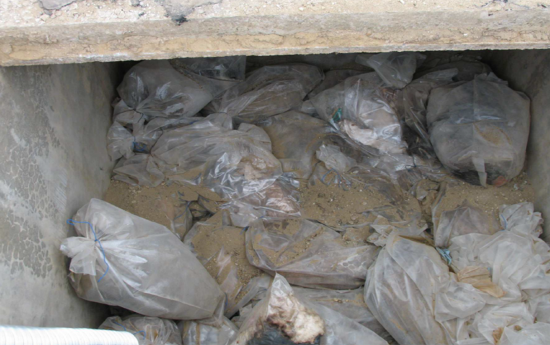 The first waste acceptance and disposal requirements were only made in the early 2000s, after nearly 30 years of operation. (!) This is why it could occur that at the present time such waste exist in the pools of the disposal which according to today's safety standards could only have been taken over for temporary storage. Long-lived radioactive waste is such. For the final storage of these the Püspökszilágy disposal is not sufficient.

What causes the “leaking”?

According to the reports the primary reason for the tritium- and radiocarbon leaking is that inadequate waste forms are stored in the disposal. Its main sources are the waste packaged in plastic bags, ampoules containing liquids or gaseous substances and soaked organic solvents. But they don’t know exactly.

On one hand there is some uncertainty as to whether the type of waste to be discarded has been properly documented in 30-40 years, that is and also whether it is actually in the repositories what is listed in the registers.

The other problem is the packaging. On one part it was not necessarily appropriate at the first place, e.g. plastic bags are not really timeless and modern technique for packaging nuclear waste. Contrary it is unknown what state are they in currently in so for example if the plastic bags have split. According to the official reports we requested “a large part of the waste that has already been deposited is unlikely to meet the applicable waste disposal requirements.”

Nevertheless most likely the vitiated state of the disposals and the structural shortcomings are also contributed to the problem. While the original plans are known neither the realization design nor the construction quality assurance protocol are available. However in an earlier examination at the surrounding of the pools rapidly increased cracks were observable and the pools and the waste were watering. These things can contribute to the leaking of certain materials from the waste packages to the environment. Although no one knows exactly what part of which waste package originates tritium and radiocarbon and precisely what is the reason of the leaking.

Previously deposed waste at the facility which form and compound is inadequate or is long half-life  has to be taken out from the disposal, needs to be re-packaged and only those waste can be replaced again for which the repository is technically suitable for the final storage. All the rest, for example the long lived waste will only be stored here temporary.

The first period of this program took place between 2007 and 2009, the second period only just started. In pursuance of the information by PURAM it will take 15-20 years to take out, re-measure, repackage and place properly all the waste. As the company expects the repackaging program will help the problem of tritium and radiocarbon but they cannot affirm that for sure that it will completely eliminate the phenomenon.

Links
Tritium Leak and Waste Packaged in Plastic Bags: Questions about the Nuclear Ce…
If you have any comments or questions, write to the author!
Fülöp Orsolya [email protected] 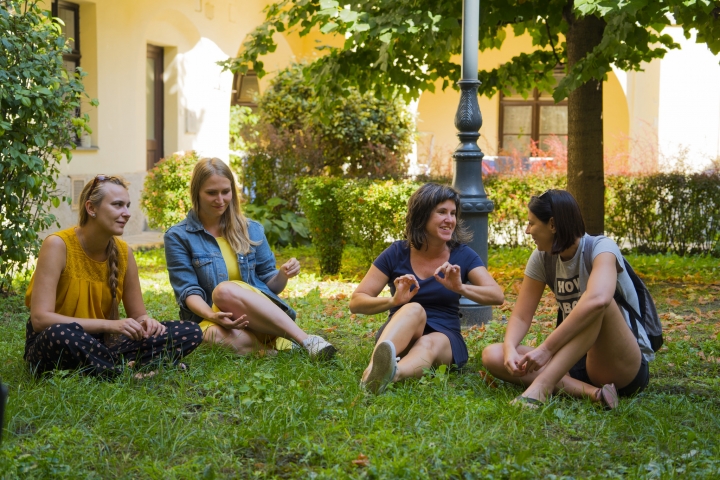 Hungary is home to a number of nuclear facilities. While the Paks nuclear power plant is known to everybody, the nuclear disposal site in Püspökszilágy is less recognized. Besides, there are several...