Our latest study by the Corruption Research Center Budapest (CRCB) explores what is known as the MET-case, based on documents, company data, media publications and interviews performed during the research.

The analysis of the social and business network of the ten main persons involved in the case shows that the central actors of the network were Sándor Csányi and Zsolt Hernádi. Based on their positions, theoretically, they were the ones who were able to influence the MVMP-MET transaction most effectively.

The MET-case can be regarded as an important case in the history of the Hungarian economy, featuring traits of government failure, rent-seeking and also a part of it can be understood as a manifestation of the kleptocratic state. 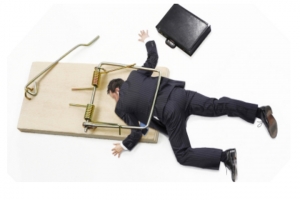 Between the summer of 2011 and the summer of 2015, amending the acts and regulations on gas trade, the Hungarian state helped E.ON Gas Trade Ltd and MVM Partner Ltd (MVMP) – a subsidiary of MVM Hungarian Electricity Ltd (MVM) – take a privileged position by giving them almost exclusive rights to use the HAG pipeline that crosses the border between Austria and Hungary.

Regulation 13/2011(IV.7) and its yearly prolongations (in 2012, 2013 and in 2014) authorised the two above companies to import 2.9 billion cubic meters of natural gas annually, excluding other potential competitors. In March 2015 the European Union instigated an infringement procedure against Hungary, due to - among others - the legislation on the use of the HAG pipeline. As a result, the Hungarian government repealed the concerned regulations in 2015.

MET and its owners

MET Ltd was founded by MOL in 2007, with MOL’s 100% ownership. In 2009 it was transformed into a public limited company and a company registered in an off-shore tax haven was involved as a co-owner with 50% shareholding. This company, Normeston Trading Limited, was supposed to be owned by Russian individuals or Russian state-owned companies.

Next, in 2013, MET Holding founded in Switzerland becomes the 100% owner of MET Hungary. As the transaction was performed through share exchange and capital increase, the previous owners of MET Hungary became the owners of MET Holding. Probably at the same time the Russian partner (RP Explorer Liquid Fund) sold two-thirds of its shares to offshore companies owned by two other Hungarian private individuals, István Garancsi and György Nagy. In July 2016 the shareholder structure of MET Holding was the following: István Garancsi 10%, György Nagy 12.665%, Ilya Trubinkov 12.665%, Benjámin Lakatos 24.665% and MOL Plc 40%.

Although the Hungarian and Russian individuals are presented as ultimate owners on the company website, due to the relatively important role of offshore companies we cannot be convinced that there are no straw men among them. Information on Ilya Trubinkov is provided by Offshore Leaks on the web. He is the one who appears to be a straw man most probably, covering up actual owner(s). However, none of the apparent owners can be excluded from this presumption.

It is also difficult to understand why the Russian shareholder, RP Explorer Liquid Fund sold the majority of its shares to three Hungarian individuals. A possible explanation is that there are secret deals between the Hungarian and the Russian governments, as during these events negotiations on several issues were going on between the leaders of the two countries. Examples were the repurchase of the MOL shares the Southern Stream pipeline, the long term gas contract and later the case of Paks II.

The social relationships of the main players were explored through a social network analysis. The network of private and business contacts and the positions in the network provide us with important information on which actors played a central role in the network. Who are the ones with relations or position strong enough to substantially influence the fate and results of the MET-transaction?

The analysis of the social and business network of the ten main persons participating in the events shows that Sándor Csányi and Zsolt Hernádi were in most central positions of the network, that is, they are those who are connected to the other members of the network through the least number of steps. Based on their network positions, theoretically, they were the ones able to influence the MVMP-MET transaction most effectively, while it would have taken much more effort from the other members of the network to play a central role in the transaction.

Critical points of the story

The story begun with a series of legislative measures taken by the government in April 2011 that later proved to be rather unreasonable. Namely, if the government was already aware in 2011 that it wanted to give selling privileges to a state-owned company (MVMP) on the national gas market, then why was this company unable to be prepared for this role? And if it was clear from the beginning that it was not possible to be prepared, then why did the Hungarian government make this decision and create a situation that required the participation of a market player with a better knowledge of the market and a higher willingness to take risks (e.g. MET)?

If the Hungarian government in 2011 did not know yet how it would accomplish the storage capacity restoration in a year and how the cheaper gas would be able to appear within the supply on the Hungarian gas market, then this means that we are facing a rather weak governance and government failure. The accessible information appears to confirm this version. So the Hungarian government gave one of its companies an exceptional opportunity and helped it take a privileged position – by the way in not a market conform way – while it was known from the start that this company would not be able to take this opportunity.

When viewed from this angle, MET was a clever player in the classic game of a weak government, a risk-averse management of a state-owned company with low incentives and a risk-taking, profit-oriented private company. The results are clear to see: anywhere in the world it is worth for an active, risk-taking market actor to make a deal with a weak government and the low-incentive management of a state-owned company.

But this does not explain why the Hungarian government kept this scheme running until 2015. Did it not notice that its first legislative measure resulted in a government failure? If it did, it is not clear why it did not strive for a legislative solution that would have resulted in a distribution of the gains of the MET-MVMP transaction that is more favourable for the state.  This can be understood only in case we suppose there is a hidden principal and its interests prevail.

It is worth considering the story within the conceptual framework of institutional economics as well. The case has been analysed according to the models of market competition, natural monopolies, monopolies, government failure, state capture, crony capitalism and the kleptocratic state. These models can be regarded as potential outcomes or possible scenarios.

The authors of the analysis have found no evidence of the main beneficiaries of the transaction – MET and its owners – lobbying for the 2011 legislation measures. Therefore, in this case state capture appears the least relevant from among all corruption models. Most of all the changes in the shareholder structure of MET point to the possibility of an example of the kleptocratic state model.

According to the kleptocratic state model, in the initial state the central legislator has no role in the success of the private company. First, a private company takes an advantage in the market that might have even stemmed from a legislative failure and makes high profits. Then, the legislator (in our case it might be the same as the hidden principal) witnessing this gets interested and offers the company to “join in the business”, that is, they want a share of the profits or they want a friend or relative to get a share. This way it is not only a government failure, but the government is making certain measures on the initiative of a hidden principal and in the hidden principal’s interests.

The MET-case can be regarded as an important case in the history of the Hungarian economy, featuring traits of government failure, rent-seeking and also a manifestation of the kleptocratic state.

The analysis was prepared by the Corruption Research Center Budapest (CRCB) based on the assignment of the Energiaklub. The research was supported by the Open Society Foundations, within the project of Energiaklub titled „Countering State Capture by Strengthening Civil Discussions about the Hungarian Energy Sector”.

If you have any comments or questions, write to the author!
Fülöp Orsolya [email protected]